Finally, I am back to bootcamp! I’ve already missed 4 days in this month and am feeling pretty guilty. The first time was because I had college orientation, so I skipped. The second time was when I was at I.O.CAMP 2012 (where they also had a mini bootcamp), third time was because I slept late the previous night, and fourth time was because I missed THREE of my alarms (I didn’t even woke once! Probably because I never slept the previous night as I was busy with college work). Anyways, it’s good to be back! Thursday was the very first time I went bootcamp by my own transport. I usually follow Justin Wong (2011) or Ethan Soh’s car to bootcamp, but this time, I asked my brother to fetch me there. Being very bad at estimation, I reached the destination 40mins earlier. Yes, 40 minutes! I decided to lie on the ground with my bag as a pillow and watch the moon. Fell asleep for a bit too. 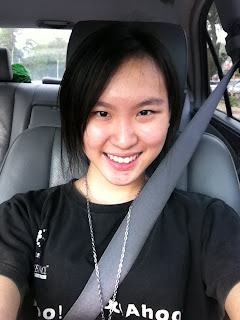 That’s me after bootcamp. 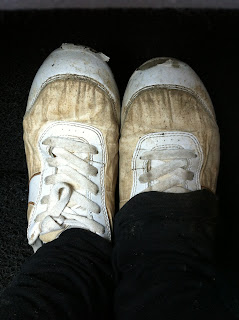 My dirty wrinkly shoes after bootcamp.
On Friday, I randomly felt like drawing even though I knew I had college work to finish. I finished my 6th drawing book and started my 7th drawing book with this. I drew and am satisfied with how it is, have a look : 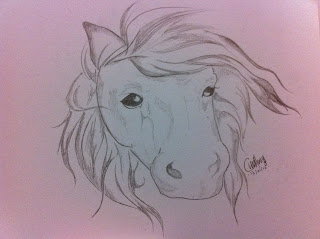 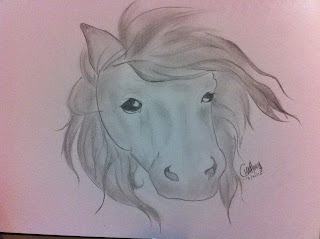 There’s a little problem with the eye I suppose, but it’s like that from the original picture as well. Other than drawing, I have also been making a card for a dear leader (Andrew Lau Junior) of mine who’s leaving for studies. 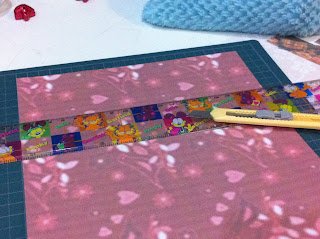 I printed out patterned paper instead of buying them from bookshops. 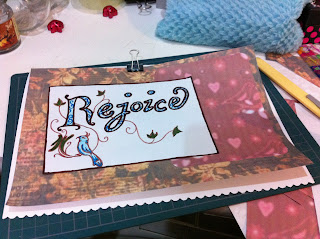 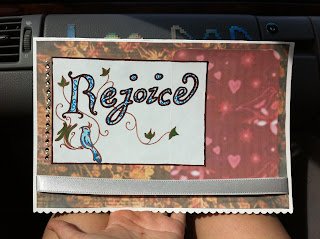 End result of the card’s cover. That’s all I have to share for today’s post! Anyways, here’s a little someone I’d like to show you. I made her from scratch with Illustrator in college! 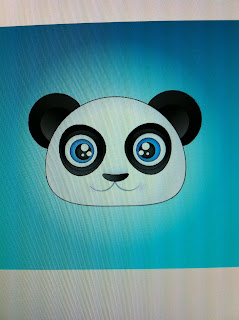 End result! Tadaa! Meet Pandan the Panda! She’s going to have two paws on the screen and perhaps some bamboo soon too! That’s all! Bye! Thanks for reading!
❮❮ Previous Post
Next Post ❯ ❯