My very first try on needle felting.
It seems all too easy. Simply poking a needle onto the felt wool and forming a shape you want.
BUT, I was wrong. On my very first day of bringing felt wool home, I was really excited. Immediately, I  used my regular needle and came to realize that it doesn’t work. I was curious to what I was doing wrong, since I am just following what people do online. And yet they’ve made dogs, birds, flowers and everything else the brain could ever imagine.

Then, on the back of the felt wool packaging comes a very tiny phrase saying “needle comes separately”. That’s when I realize there’s a special needle for this sorta craft. I went back, purchased it, and here’s what I did : 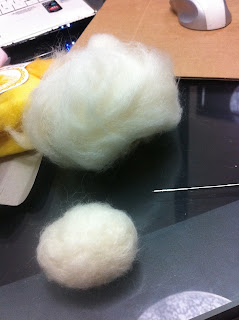 Trust me or not, but that fat ball of wool behind was needle felted into this tiny ball right in front.
I got to admit though, many others would make it much tighter, but I was a little tired poking throughout and not knowing where is done and where is not. Plus, I’ve poked my own finger several times doing this.

It’s pretty cool to see how such a tiny ball was actually made from that bundle of fluff. 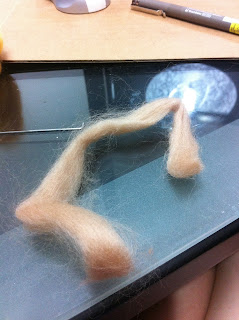 When the body shape is done (yes, that round thing previously), prepare to fix up the leg. This is slightly trickier. I did the legs before actually attaching it to the body. Keep needle felting till the wool becomes tight and thick. 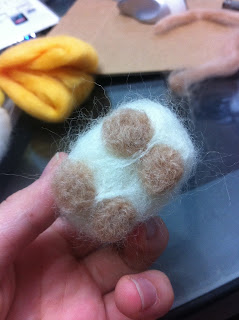 Leave small bits of loose felt wool and poke the entire thing through the body of the hamster/guinea pig. It should be able to stay, if not so, just keep poking more till it does. 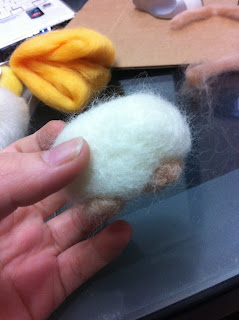 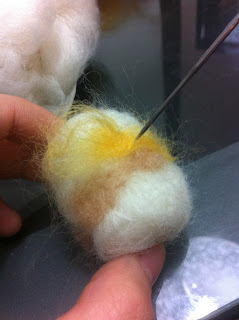 What you would wanna do next, is to give your hamster/guinea pig more colours. Take other coloured felts, tear out tiny pieces and poke into place. 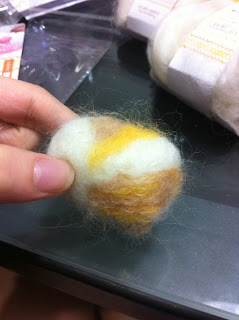 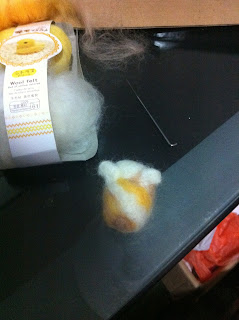 This is my guinea pig so far. I’ve poked two little round balls to form the ears. 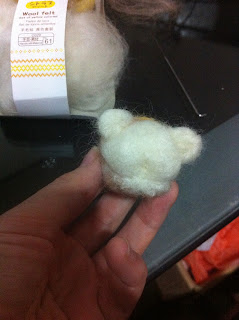 I tried to make the face chubbier by bending the needle, placing it in the middle of the mouth area and poking it to keep it in place.

I tried adding the eyes by using black marker, but it doesn’t look nice. So i trimmed them off. Black felt wool wasn’t available them so I didn’t get any. Anyways, after all was done, I added a hook for my little guinea pig. I plan to make it into a little keychain. Hopefully, it doesn’t fall off. What I did was, I took an eyepin and bent the bottom a little into a rounder hook. I tried to part open the guinea pig’s neck side to push the pin in and added more felt wool on top. I tried my best to needle felt through the hole inside the neck and definitely around it as well. Make sure it’s pretty steady and you can lift up the guinea pig/hamster with the eyepin’s head itself. 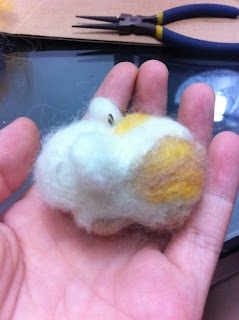 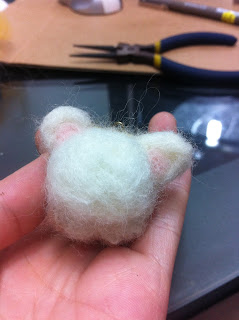 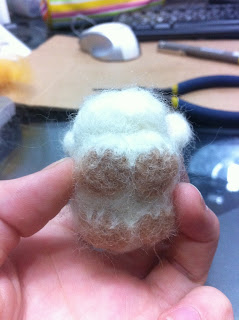 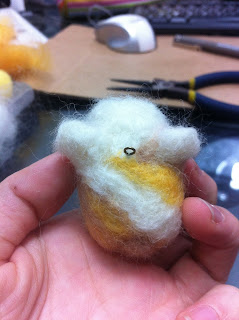 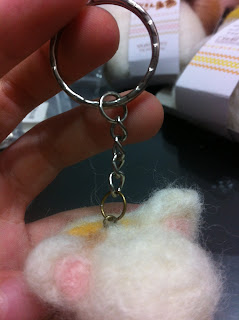 Added the keyring and tried lifting it up again. Pretty good. 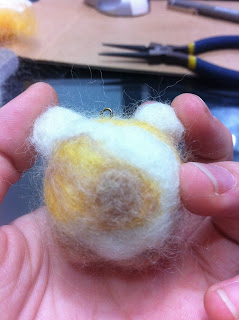 Well, that is pretty much it. The guinea pig wags its little tail goodbye.
Thanks for dropping by!
❮❮ Previous Post
Next Post ❯ ❯