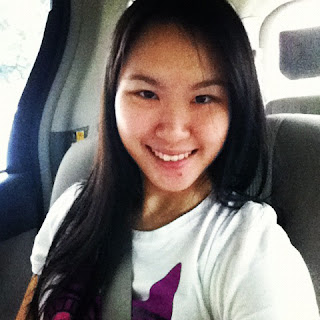 Hey everyone! A couple of days ago, an idea popped into my mind! I was thinking to use the shrink paper scraps that I have, and turning it into a pendant instead of throwing it away! I don’t know if it would work though, and so, I’ve decided to carry out a little experiment of my own.

I took the scraps that I have and punched several holes in them. Then I put one hole on top of another, and used a cut up rubber band to tie it together. Hopefully, this would hold it from turning flat in the oven.

After getting that, I place them in the oven at 150 degrees for about 7minutes.

This is how it is at first. The translucent piece of plastic.

The shrink plastic started dancing and grew smaller in size. Look! Part of them has became white and part of them are still translucent!

And tadaa! They’ve turned completely white! The rubber band is still tied on.

I took it out and cut off the rubber band. Look! How adorable are these? They have little holes where I was thinking to hand a charm or bell in. Sounds good? It’ll come up soon on BoxOfHobbies alright?

A little logo I designed for my Comm Tech class assignment. I’m quite happy with it. Everything was done with illustrator. Even the wings and the details there! I’m pretty happy with results. Well, that is all! Thanks for dropping by! It’s bed time for me now, na-nights!
❮❮ Previous Post
Next Post ❯ ❯