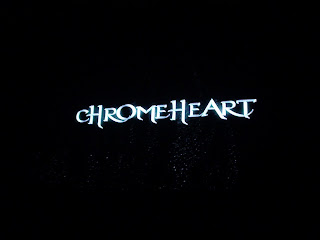 But instead of just watching a show, I’ve been transported to a different realm – the mortal realm of Irul-Kim! It had been a fun experience where vampires and warlords came to life roaming not only the stage, but the whole hall! Yes, the WHOLE hall. *Wishing that you actually came eh?* Even arrows were found flying over the audience’s head! – No joke. You really should’ve came. Well, if you missed all of this, just make sure you order a ChromeHeart dvd from Readz bookstore, and come for the upcoming production! It will be mind-blowing!
Here are a few pictures from ChromeHeart : 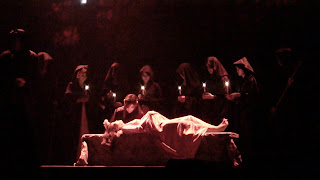 The first scene where Lady Enil-dyn was about to give birth at the chambers. 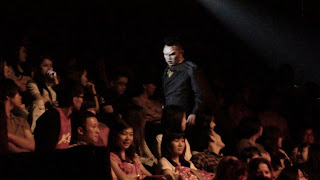 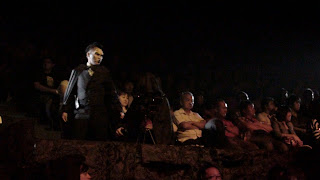 Lord Yeyphim among the audience. 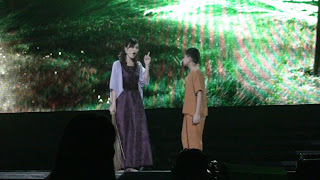 “If you ever step out the premises of this village, you’d be grounded for life!” 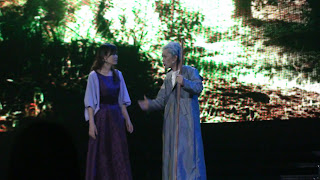 The random wise guy (Wizard Assaygha) that appears out of nowhere to give a few wise words. 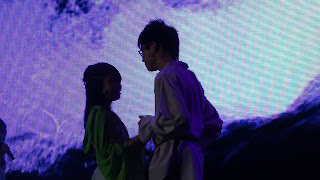 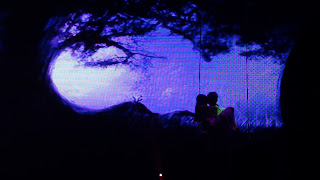 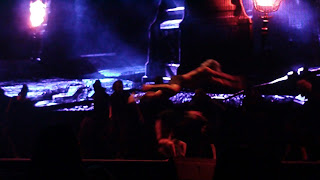 The BEASTs (Played by Gordon Lee and Adam <– I think it’s him). I love this photo! Too bad my camera ain’t that clear though. 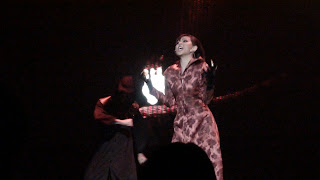 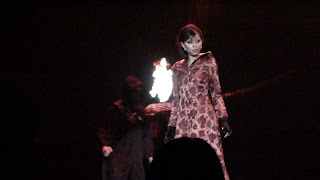 That’s Natalie, she’s an amazing actress! Really! And I love how she look in that outfit! 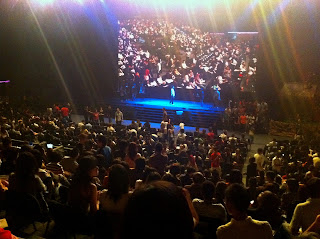 The crowd on Friday! 1,400 people showed up then. There were 1,600 people on Sat. I’m not sure how many turned up for Sunday though, but it sure is way more than Fri and Sat! 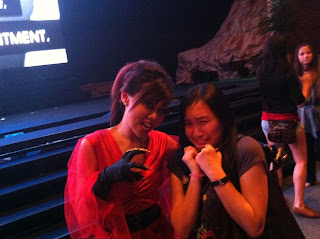 Nat said that she looked like a cat. Meow! 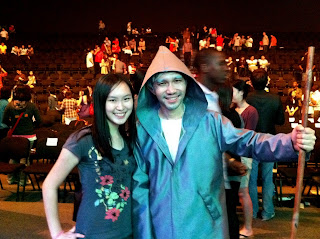 The wise Wizard Assaygha and I 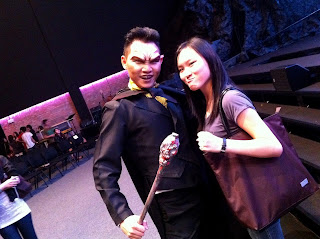 Lord Yeyphim! Check out his face! 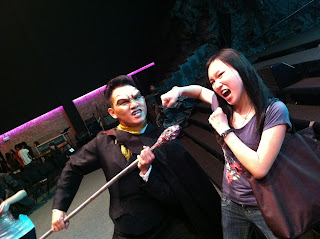 I’m not afraid of you! Let me give you a makeover! 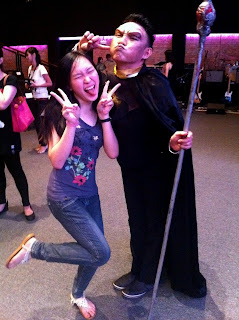 We became friends in the end. Lord Yeyphim is actually as harmless as a little fuzzy kitten. 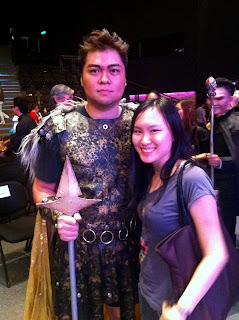 An honour to take a picture with the head warlord. 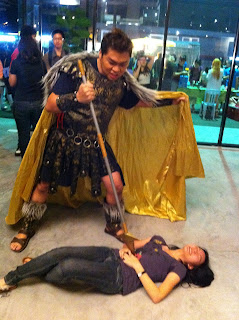 He decided to kill me in the end though. Guess I was a tinsy bit annoying sometimes. 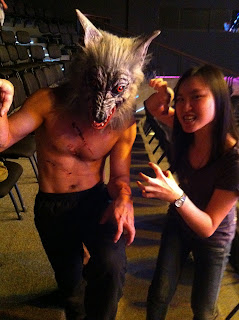 The BEAST (played by Gordon)! I love the scars, they look so realistic! 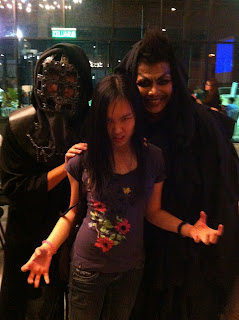 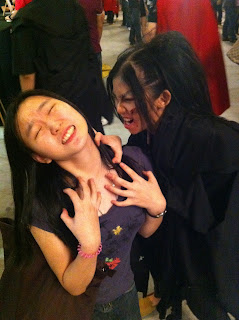 That girl there is from Children Church! Proud of her! She made a great vampire! 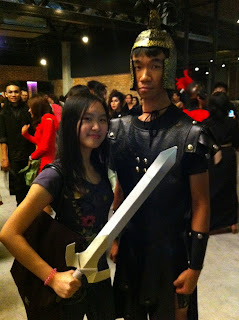 Vincent Kusuma – one of the almighty warlords! 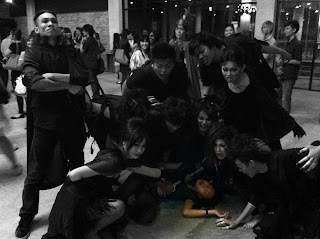 I was so hyped up on Friday that I just had to take tons of pictures with the cast with no FIMAGE (Fear of image). I decided to lie on the floor asking the bunch of vampires to kill me.
You know what? I was part of the production too! I wasn’t acting, but I was in props team! It was a great experience and I truly learnt a lot. Blessed to have such a wonderful church that helps in grow in many ways. Spot my name below! 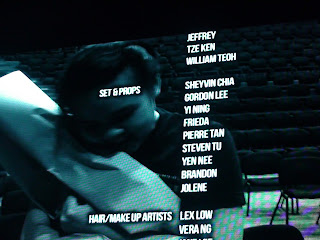 ChromeHeart was a success! Many came expecting a good production, but left knowing they experienced way more than just a good production, but a great mind-blowing production! Though I’ve watched it even during practices, I came for all Friday, Saturday and Sunday’s show. It was just too good to miss any of it! Plus, it’s FREE – how could you miss it?! The whole production was done professionally by people who were not professionals. Great job people!
And to all those who really really really missed all 3 days of the production, you REALLY have to grab the dvd! It’s worth so much more than what you’re paying! And of course, if you have the chance to join us in the future, please do! You won’t regret it! That is all for today’s post! Thank you! Have a great December!
❮❮ Previous Post
Next Post ❯ ❯