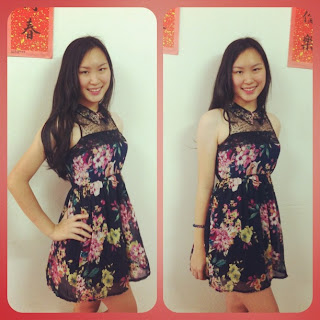 Hello !! Happy Belated Chinese New Year! I really wished that I could update by blog during CNY, but my connection was really bad. So much for bringing my laptop and hard disk to gram’s place. Oh well. It’s great to be back and blogging!
That dress is what I wore during CNY Chu San (Third Day Of CNY). I bought it from a friend of mine who owns an online boutique – ChiqFliq ! Go check out what other goodies they have in store!
Here’s the main highlight for this blog post! Recently, (well, actually it was before CNY) I’ve helped my sister transform her new plain denim jacket into a super blinged colourful jacket! 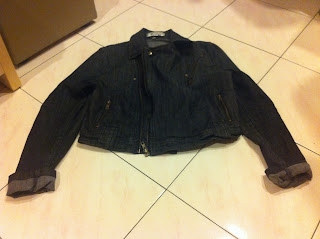 This is the plain denim jacket.
For those who didn’t know, my sister is a dancer. She and a couple of friends made a group called G.I.Locket where they do mostly kpop dance covers which you can see here. My sister chose the blings that she wanted and showed me. 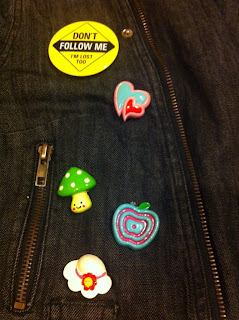 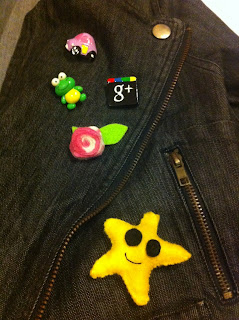 I added a few of my own and we started placing them all over the jacket. Yeap. It’s THAT simple!
The rose and star were hand sewn from last time. I kept them in my little ‘treasure box’. 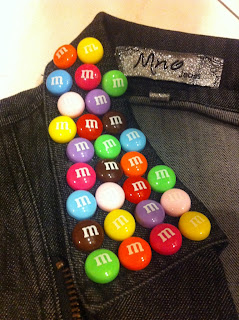 I have a box full of unedible M&Ms, and I thought it would be cool to bling one side of the colour with these colourful candies. Besides, what could go wrong with M&Ms? Everybody loves them!
I glued them down with my trusty hot glue gun! 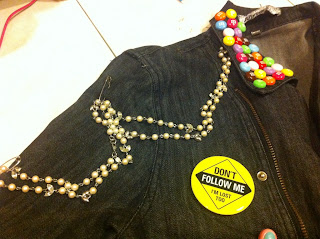 My sister said she wanted to add something more to the shoulder and arm’s side, so we took out mom’s old pearl necklaces and blinged that side. Too many tiny charms would look messy and less attractive.
We wanted to sew the necklace on, but then changed our minds as we thought it’d be cool to have safety pins just randomly sticking around on the jacket. 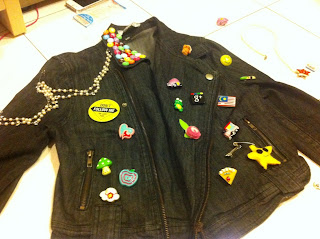 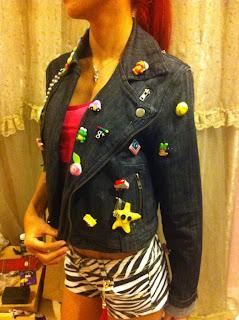 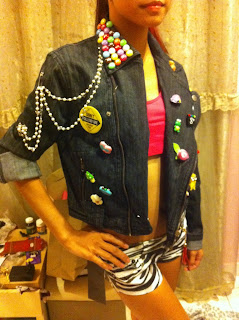 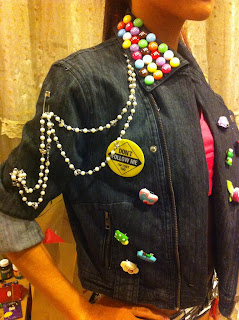 Check out those awesome M&Ms ! That’s my favorite part of the jacket!
The pearl necklace adds a really nice touch too! 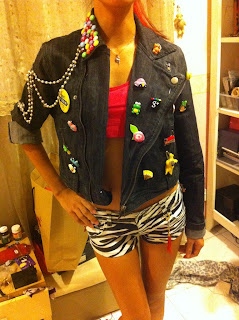 From the front. Shweeet!
I really enjoyed having this little project. 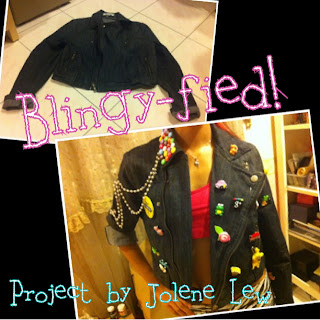 Yipee!
Since you’ve seen the awesome jacket, why not take a look and G.I.Locket’s awesome dance cover teaser!
Check out more of their dance covers here on their Youtube channel!
P/S: It was such an honour to be able to bling a G.I.Locket dancer’s jacket! *fans self like a overly obsessed fan girl*
❮❮ Previous Post
Next Post ❯ ❯