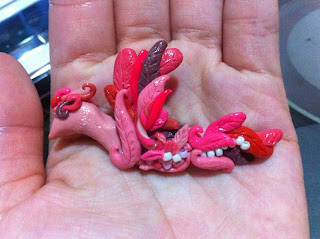 I sent it to a shop and recently got it back. I have now decided to keep this piece for it was my FIRST creation inspired by a pheonix.

This time around, I didn’t have that much time, so I decided to make something simpler compared to my first. I still hoped it turns out as beautiful though. Here goes : 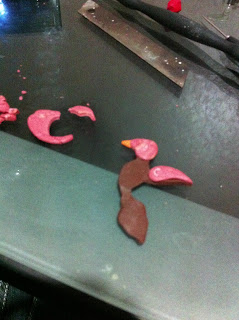 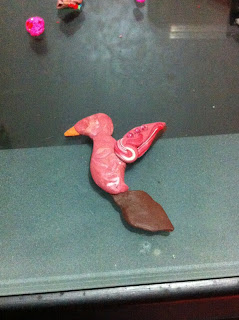 I started out with a brown base and coated it with marbled pink red clay all over. The head, the wings, the body and eventually the tail as well. I wanted more colours in the wings and the tail feathers, so I completed the bird as so : 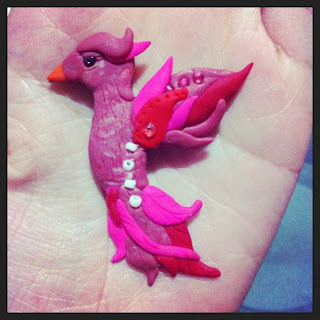 After baking, I realized that it looked out of proportion. The body was too small and the tail feathers weren’t long enough. So I added more stuff to my bird. Extra tail feathers! 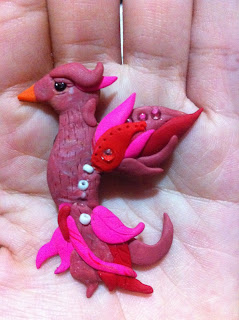 To my surprise, adding just two tail feathers make such a huge difference (or at least, I felt that it does).
After completing my first bird above, I tried to make a yellow bird. 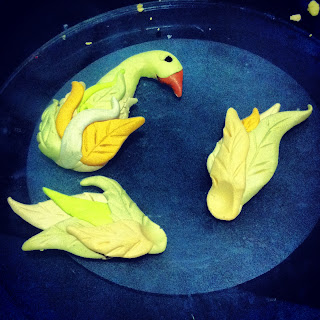 The face features did not turn out like how I wanted it to be. It was really pretty at first, but looked a little off after adding the orange beak.
I usually make the base of the body and the wings together, but decided to separate them this time. 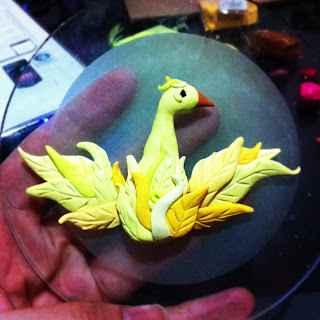 After I was done mixing all the coloured clay and lining them up, this was how it turned out to look like. I really like how the wings turn out. Pretty. The face could be better, but I’m satisfied.

Well, that’s all for today’s post! I hope you enjoyed reading!